Well, I am starting over with this post…tried something new and the picture of Ben and two Spanish Macks was posted but the time spent with the blog story went off into cyber space somewhere….do you think it may reformulate and appear in the future? Oh well – what did I try to write earlier?

Three AM yesterday my son Ben and I left Kingwood Texas and headed south to the Galveston area. Our first planned stop was Tiki Island just before the big bridge over the intercoastal Channel. We launched with the intent of fishing under some lights around the docks of the homes on the island. We found some lights…we could see a lot of fish cruising through the lights with a few much bigger than the others. Fish were jumping all around us – in fact one jumped and landed on the bow hatch and then back into the water. A couple of sand trout took our offerings, I had a big. heavy strike and the line broke off – 6 lb line……

The sky began to get some color so we headed off to the grass and marsh area back toward I-45. I caught and land a real nice flounder on a soft palstic….not much else was biting so off to IHOP before the next location. After breakfast we headed south toward Jamaica Beach.

On arrival we saw several people wade fishing out about chest high in the water. As we were rigging up the kayaks a man and his daughters came out of the water, done for the day.They had a stringer of nice speckled trout. One of the daughters wanted to see some photos of the Jack Cravelle that the girls caught….big smiles on both of the young ladies. Another fisherman waded out of the surf with another nice stringer of specks. We were late for the speckled trout bite we were still there to fish.

As we were getting ready we also learned that the Spanish Mackerel were biting, so off we went…..Ben got into the Spanish Macks right away. I kept breaking off with the light line so I switched to the pole rigged with 15 lb line….I still couldn’t match Ben…..he was hammering the fish. Mackerel, sand trout, Jack Cravelle, sharks…. yes a few sharks, Gaff Top Catfish – I caught several of those too and paid dearly….I got punctured badly by the dorsal spine and bled like a stuck pig for a bit….I kept expecting Jaws to show up!

I was near Ben when he hooked one of the bigger sharks….the kayak swung around and he was being towed off to deeper water…..stripping line off the reel. Finally after a big jump the 4 foot +/- shark broke off and swam away. I was catching fish but at a much slower pace than Ben was. When we ran out of bait….I caught a few on soft plastic lures after the bait ran out, we paddled in. I saw Ben get himself lined up straight into the beach and surfed the kayak up on the small swells….. I also got a little lift in on the swells and had a little fun.

Where id the beer in this story? Ok I did have an ice cold Pine Belt Ale in 16 oz can by Southern Star Brewery before calling it a day…. just one. More once I arrived home safely. We fileted out the macks for fish tacos …. Friday night and I prepped the flounder to be baked. A couple of Pinebelt Ales aided the fish cleaning!!!!!

Today on the never ending honey do list I added the kegging of my American IPA ….. it had been deferred several times and I needed to get it into the 6 L minikegs. It always take a little bit of good beer to do any home brewing task. So – Bishop – how does a Pinebelt Ale sound – duh…always good! I also had a Bombshell Blonde – my wife Kathy says the aroma is good but the taste lags a little….everyone has their own opinion. I like it but it is a bit light on the robust flavors of the IPA’s I have grown fond of….

I continued scratching at an ongoing honey do bullet…clean the garage but that is a long-term project…take a break and fire up the grill. Pour a Diamond Bear Pale Ale from Little Rock Arkansas. That almost made it through the chicken grilling and fire management efforts….just a small fire…. minor carcinogen build-up before I controlled the blaze and also put the fire out in the drip pan….standard grilling procedures.  To go with the meal and aid in posting I popped the top on a Lazy Magnolia Indian Summer Spiced Ale…pretty tasty and I know Kathy would like this…she loves Shock Top And Blue Moon Belgian Wit so this would have a similar but I think less spicy flavor…just enough.

Now if I were in London, sampling the Olympic offerings……would I have some sweet choices at the local pubs…..no doubt.

I am a fan…. You need to try it….it kinda grows on you. Just bough another 4 pack this evening for the fish taco night tomorrow. 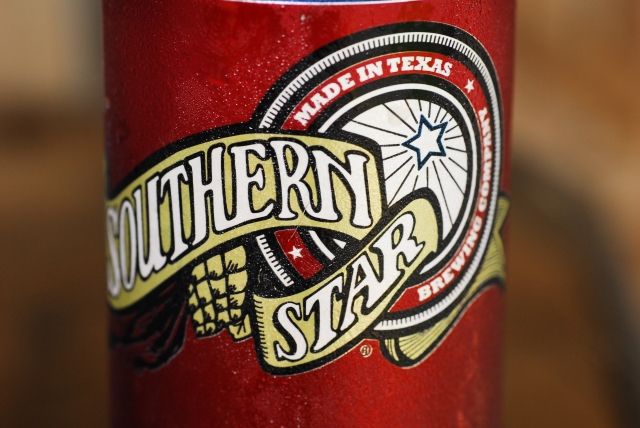 A little humidity sweat forming on the can…yes there is a temerature differential and a little moisture in the air….better drink it quickly!

Ben…still rubbing it in with his mackerel.