Friday night this past week we invited our best friends, Bev and John and their newly employed son Ryan over for fish tacos….from the Spanish mackerel caught earlier in the week. My son Ben caught the fish, prepared the fish and the prep for frying them up was all his doing! He did well! I also contributed my Flounder to the mix and wrapped it in foil butter and secret seasonings – done up on the grill.

The beer component – a Newcastle mini-keg, Lazy Magnolia Pecan Brown, Yazoo Hop Project, Bombshell Blonde, Pinebelt Ale, few that were lingering in the back of the fridge and young Ryan – the newly employed Ryan brought over a some offerings from Southern Star – a seasonal that was very good…more on that later.

The fish tacos were superb! The company and fellowship were superb! It was too friggin hot to be outside very long……We fried the fish outside on my beer boiling and turkey frying burner…..last batch of fish the gas ran out…the back-up bottle was empty but I saved the day with my single burner camp stove….not real stable with a big pan of hot oil on it but we finished it off and secured the hot oil without incident. We also celebrated Sierra’s birthday. Ben claims she turned two on or about this day…see photo below.

The Livezeys rolled off to the house about 10 ish and I wasn’t far behind. Ben had planned another kayak trip for dark thirty Saturday morning….It turned out to be an interesting trip. The weather report did not indicate much wind but the surf was up, choppy and muddy brown…What the heck….I was first out. Wow! It was a challenge to bust out through the breakers – several  pounded down on the deck and filled the cockpit. Fortunately my kayaks are sit on tops and self draining. I was committed – there was no way to turn around and abandon this folly now. It kept pounding and pounding and pounding and finally 250 – 300 yds out the waves stopped breaking. The swells were 3-4 feet and it was work to fish and keep the bow into the waves. Fishing was bad.

The return trip was going to be a bigger thrill. I was oblivious to the wind and drift. Finally we need to head to shore and I was lost. Ben pointed out the launch point…..probably a good 2 miles against the wind and subject to the big rollers coming through. It was a workout. We discussed how to secure all loose items and then Ben went first – I was sitting 200 yards out and catching a glimpse of the rhythmic dipping  of the oars into the water then nothing! I looked for a couple of minutes and then finally saw him struggling in surf with the orange kayak. It took him a while but I finally saw him drag it up on the beach. Now it was my turn.

I caught a few of the rollers coming in, you could feel the acceleration but also the power. I would attempt to steer and was doing a decent job until……a big one lifted me up…..My kayaks are not designed for the surf…..no rocker. They are 14 feet long and my previous experience with the kayak showed a tendency to bury the nose in the surf. In the past, leaning back, steering hard and being patient was enough. Not today, the nose buried itself deeply and veered right, I steered hard left and leaned and leaned and just when I thought I was going to stay up right…..over I went.

I had asked Ben to video my attempt because I knew it would be a source of amusement. He later told my that it happened too quickly and it was not recorded…… I would love to post it here but all you have is my poor attempt to describe it. I hope you laugh at me just the same.

We fish a little more on the Bay side, caught a few undersized Redfish and fought the wind again. We were tired puppies coming home. At home I popped the top on a Southern Star Seasonal, sighed, enjoyed the great taste and also savored the adventure and great day out with my son! 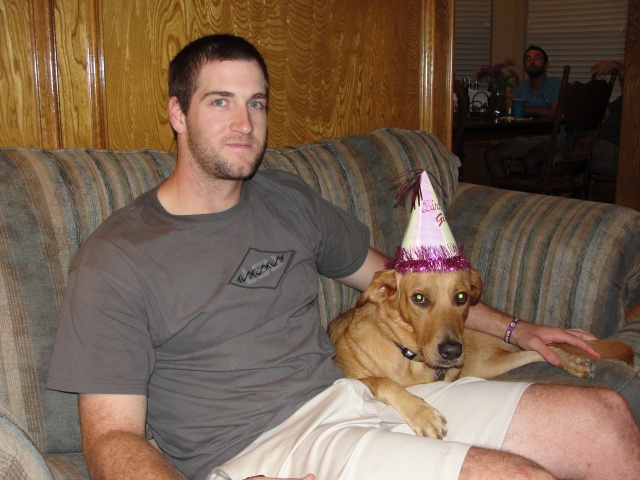