My  daughter Lisa participated in the Island Girl Tri, sprint triathlon, on Galveston Island this past weekend.  Post event, it was rehydrate time and what better place than Galveston Island Brewing. The board was full, 12 beers, so little time and so far to drive! 72.1 miles and about 1 hour  and 28  minutes, depending on traffic. Need to find another excuse to make the drive to the Island.

Lisa asked me to bring some of my honey, honey from my hives, down to the event. A number of her running mates with Team RWB, “Team RWB’s mission is to enrich the lives of America’s veterans by connecting them to their community through physical and social activity.”, were in attendance and were seeking some Raw local honey.  We were well prepared but we failed to make the connections at the event. So, I had plenty of supply when we arrived at the brewery.

We were first in the door on this Sunday noon! There was another triathlon participant and her date joining us for the first beers of the day. She, the young lady, was a brewer and prefers stouts and porters. The  crowd began to trickle in and  to our right was a couple, Tanya and Greg. Somehow the conversation got around to raw honey and specifically, creamed honey. Well, we just so happened to have a supply. Tanya and  Greg bought a pound jar of honey and a 3/4 pound jar of the creamed honey – cinnamon flavor.

Charday and  Dave showed up a little later, they had worked the beer stand at the triathlon event down at Moody Gardens. She  was intrigued and bought a jar of the creamed cinnamon honey…….she popped the top off and uttered that Mmmmmmm sound of enjoyment…she couldn’t  wait. 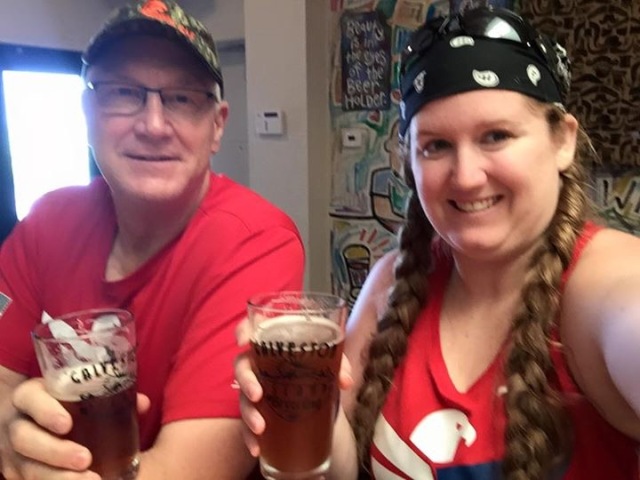 Lisa rehydrating with the Citra Mellow IPA and I had the Blue Ridge Amber Ale.

Due to our early visit we were treated to a taster of the Amber Ale straight directly from the fermenter after the brewer added wet Mosaic hops….it was very yummy. I need to make a visit in a couple  of weeks when it is finished and kegged.

This is such a friendly place…reminds me of the atmosphere of the little village Gasthaus in the  village I lived in in Germany. Something about drinking beer gives  you automatic admission to the fraternity…Now, to rankle some feathers, I don’t get the same feel in a wine room or wine bar…just saying! 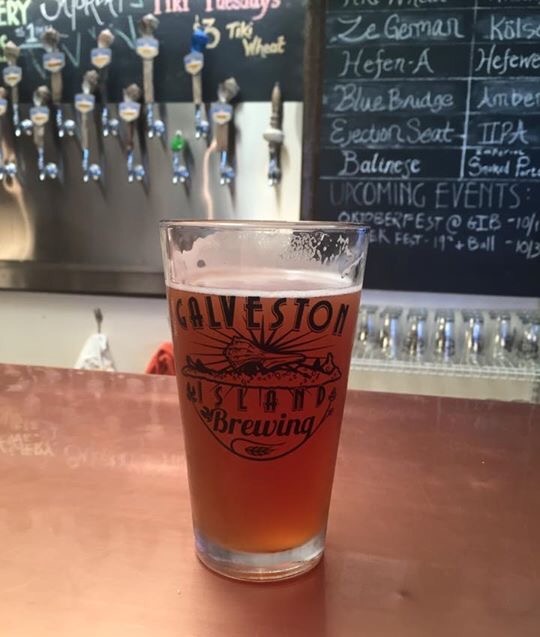 Lisa’s Citra Mellow before rehydrating. She followed it with the Oktoberfest.

So, I think it was Beer and Honey, this time….but you never know when opportunities crop up. The lesson for me….I will carry a stash of my honey…great ice breaker to make new friends and maybe, make a little beer money!