My best friend’s son just graduated from Texas A&M this past week. Son Ryan loves his beer, but that is not much of a surprise. We met Ryan the day after graduation night over at his parent’s house…Kathy and I made up a nice sample of good micro brews and a lone bottle of my aged Imperial Stout….a stout that was brewed December 2010 and has aged so very well. I took a 22 oz. bottle – John and Ryan split it three ways so we could all get a good taste of the beer. Ryan loved it!!!!! to say the least. I told him that I had held back one 22 oz. bottle for a special occasion.

I don’t know if it was the stout or the fact that he had been partying for 30 plus hours but at 9:30 PM he was horizontal and snoozing. I can only guess but a day or so later I received a text from my son Ben, a good friend of Ryan, asking me to save the last bottle of stout for him. Ryan must have bragged a little! I agreed but the beer disappeared before Ben came home to get it! Hmmmmmmm – seems like daughter Lisa absconded with it and shared it with her friend John….The report back was that he beer was superb. Sorry Ben!

I went to look at my storage locations thinking that maybe I had put a couple of bottles back but….no luck but I made a discovery……two cases of beer from a mystery batch. I use colored caps to differentiate the batches…I finished up the blue caps a month or two ago, the red caps last week, I still have the Dirty Blonde in the 6L bottle and a handful of flip top bottles of the same….where did the 45 bottles of silver capped brew come from?

Looks like the only hope for Ben getting a bottle of the Imperial Stout is if our friends the Mageean’s have not consumed all of the thqank you bottles I gave them for hosting and helping Joe this past fall. Donel Mageean is Irish so…..it is possible that it has been sampled completely.

I usually keep records of each batch brewed, dates, OG, FG, etc. But no records in my book for these 45 bottles! Ok – so lets chill one and taste it. It was very good….Like a Belgian Wit…. Where did it come from…Not Defalcos, Not Northern Brewer, not our local store in Humble…..I sometimes use Williams Brewing and I checked my order history there….ahhh in November I bought a seasonal kit…the “Christmas Wit” yes….now I remember…two cases capped with silver caps. Yeah, I think I remembered that I wanted to bottle condition for an extended period of time, yeah that’s right….and I will swear to the story. 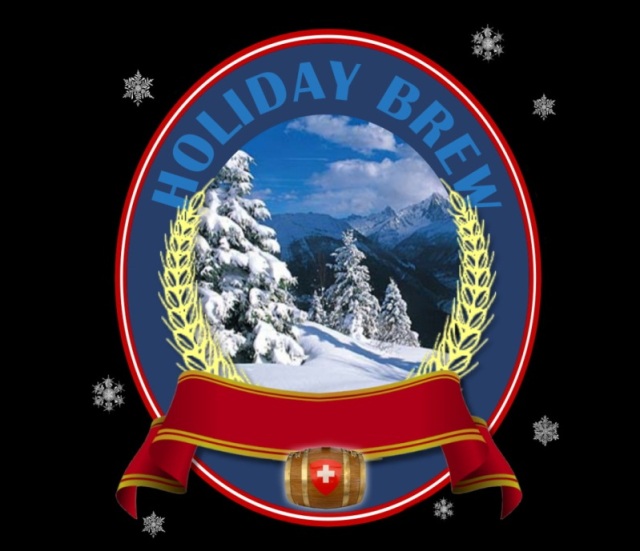 Just add “Christmas Wit Ale” in the label area and you can imagine how the label looks on the bottle.